International Removals to Canada from the UK

Everything you need to know about overseas removals from the UK to Canada including removal costs, shipping furniture and getting a good quote

If you are moving to Canada in 2021 or looking for more information about removals to Canada from the UK then you are in the right place!

Here you’ll find everything you need to know about the international removals process, including estimated removal costs and answers to frequently asked questions such as: what can/can’t I take?; how long does shipping to Canada from UK take?; and what size shipping container do I need?

PSS International Removals specialise in assisting families and individuals to professionally ship the contents of their household to Canada.

International removals to Canada are easy with PSS

Get an online quote in 60 seconds or book a FREE home survey.

Your dedicated Account Manager can help answer your questions and tailor your removal requirements.

STEP 3
Your belongings packed and shipped

Our specialist export-packing team will take care of everything for you.

On arrival our agents will handle your customs clearance and deliver to your door.

House Removals and Shipping to Canada 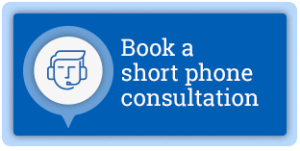 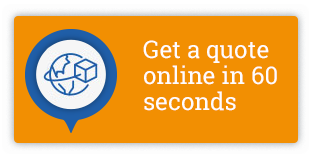 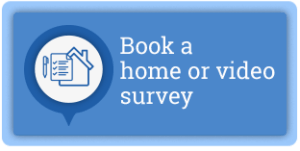 PSS International Removals are one of the UK’s leading and most trusted international removal companies. In fact, we only undertake overseas moves. Due to the number of people we help move to Canada every year, we can offer the best prices and still maintain high standards of service.

So if you are looking for the best international removal company for shipping furniture to Canada look no further!

We’ll take the stress out of your overseas household removal to Canada so you can relax and focus on starting your new life down under.

If you wish to get an immediate estimate of your removal costs then use our online international removal calculator to get a guideline price.

Alternatively, for a more accurate quotation, you can book a Home or Video Survey with one of our International Removal Surveyors.

If you require more information about removals from the UK to Canada see our complete guide and FAQ section below. Or you can call our team for a free consultation with an International Removals Adviser.

“Why choose PSS International Removals in 2021?”

Removals from UK to Canada Reviews

Our friendly team are on hand to answer any questions.

Want to know how it will cost to move house to Canada? Our free online International Removal Cost Calculator will help you calculate the volume of household goods you want to ship and provide you with an estimate of the cost.

What Type Of International Removal Service Do I need?

Moving to the UK?
Removals From Canada to the UK

We can also help you if you’re moving to the UK from Canada. Just complete the form below and we’ll be in touch.

Moving to the UK

Our friendly team are on hand to answer any questions.

Complete Guide to Household Removals to Canada from the UK

Below are answers to the most Frequently Asked Questions about overseas removals to Canada. There is a lot to consider which is why we allocate you a Move Manager to guide you through the whole shipping process.

Shipping Boxes or Luggage to Canada

If you are only shipping boxes or luggage to Canada, we recommend you use our Excess Baggage Service for your move. Your belongings will be sent as part load in a shared container as ‘groupage’ with other customers. This saves you money as the cost of the container is shared by everyone.

For more details and to get an online quote visit our box shipping to Canada page.

How Much Do International Removals to Canada Cost?

The cost of removals to Canada from the UK vary considerably as it is such a large country.

Obviously the exact cost will depend on many factors. As we specialise in removals from UK to Canada and have years of experience, we are able to offer the best prices.

The cost of moving to Toronto, Calgary and Vancouver can vary. If your destination is further from the main container terminals then additional road or rail freight costs may apply.

We recommend you use our online removal cost calculator or speak to one of our consultants for a more accurate estimate.

When is payment due and will I have to pay a deposit?

Our payment terms are 7 days before removal day and we require a £350 deposit when booking your removal.

Are there additional charges?

All of our estimates are quoted as a door-to-door service. This service includes standard custom clearance as well as other related charges. All related charges information will be clearly listed in your removals quote and explained to you by your Account Manager.

How Long Do Removals to Canada from the UK Take?

Sea freight shipping times from the UK to Canada are around 6-9 weeks for a full container load (FCL) or 8-12 weeks for a shared container/groupage service (Sometimes called less than container load – LCL). In addition, you will also need to allow added time for customs clearance.

Usually, it will take our professional packers 2-4 days to pack and load a shipping container.

Where in Canada Do You Do Removals to?

We do removals from anywhere in the UK (including London, Wales, Scotland and Northern Ireland) to all destinations in Canada including:

Removals to Ontario and Central Canada

Removals to British Columbia and the West Coast of Canada

Removals to The Prairie Provinces

Removals to the Atlantic Region and East Coast of Canada

Removals to the North of Canada

How to Get an Overseas Removal Quote?

You can use our online calculator to get a quick estimate.

However, for a more accurate quote, we recommend you book an appointment for a Home Survey or Video Survey with one of our International Removal Consultants.

Not only will they be able to calculate your volume, but they will also provide free expert advice on packing requirements, the shipping process, customs and what you should and should not take.

What Can't You Take to Canada? Restricted and Prohibited Items

Canada has some strict rules about what can and cannot be imported. This includes the usual contraband that you might expect, but can also cover consumer goods allowed in some countries but banned in Canada for health and safety reasons.

It is therefore important you check the Canada Border Services Agency website to avoid problems when your goods arrive.

Even for restricted goods inspection fees can apply.

For more details download our customs guide for removals to Canada.

You can also find more information about importing personal effects into Canada on the Canada Border Services Agency website.

Restricted Exports to Canada where regulatory requirement is required:

If the artwork / item is over 100 years old proof of age will be required. The shipping of such items are eligible for duty free entry.

Please note: antiques and artwork imported into Canada for resale are subject to different regulations

Do I Need Shipment Protection Cover or Maritime Removals Insurance to Canada?

As PSS are members of BAR your removal costs are covered by the BAR Advance Payment Guarantee Scheme. As a member of FIDI Global Alliance and having achieved FIDI FAIM top performer status, you can be assured that PSS and our partners in Canada have the highest standards of professionalism in international moves.

Our policy is quick and easy to set up, simply complete our Shipment Protection valuation form with the items you would like to cover and their values.

Actual costs are calculated as a percentage of the value you wish to cover. These vary depending on whether it’s self-packed or packed by professional overseas movers. For more information speak to one of our advisers.

What Happens on Moving Day?

Your Move Manager will advise you on what you’ll need to do to prepare items for moving day, including which items need cleaning and disinfecting.

Please advise us beforehand if you decide to take additional items so we can ensure that they will fit on the container and also if necessary update your quote.

On moving day our professional and friendly international movers and packers will take care of everything for you. Typically for a full house overseas removal, they begin packing furniture on day one and your shipping container will arrive for loading sometime on day two.

For part container loads we will take your packed belongings to our depot for loading onto the container.

How Are My Belongings Packed?

Our specially trained and experienced export packers will ensure all your belongings are speedily but carefully packed before being loaded into your shipping container. Over 4,000 miles by sea from UK to Canada is a long journey so higher standards and different techniques are needed than used by a standard domestic removal company.

For delicate items and antiques, we have even higher grade materials including custom made wooden crates if required

For international furniture removals, items need to be wrapped and packed to a high standard to ensure they arrive at your new house in perfect condition no matter whether it’s sofas, tables, chairs or other furniture.

We use export standard packing materials and professionally trained packers who specialise in international removals to ensure your furniture arrives in perfect condition.

Can I Self-Pack my Furniture Removal to Canada?

It is recommended to use professional international removalists who are specially trained and experienced in export wrapping and packing for overseas furniture removals.

However, we do have an option available if you want to pack your belongings yourself.

Can I Ship my Car, Motorbike or Other Vehicle?

We are able to help you ship vehicles overseas including cars, motorcycles, motorhomes and caravans to Canada. They can be shipped in the same container as your household goods or separately.

There are a number of factors you need to consider when importing cars into Canada, so we suggest you speak to one of our advisers or visit our Canada vehicle shipping page for more information.

What Documentation is Required?

Your dedicated Move Manager will advise you on the required shipping documents and help you with their completion. Example documents required are:

To help you, we recommend you download and carefully read our FIDI Customs Guide

Delivery of Your Items in Canada

PSS International provide a full door to door international removal service which includes delivery of items to your new home.

We will contact you before your container arrives in Canada to ensure that we have all your relevant paperwork to enable us to start the customs clearance process as well as making sure that we have your correct requirements in place for delivery.

Once the customs clearance of your goods has taken place we can then arrange your delivery and the unpacking of your goods. Our crew will arrive at your new property and place your items in the rooms of your choice and unwrap and remove the packing material. If you are not ready to take delivery then we can offer competitive storage rates for your goods at one of our local Canadian depots.

What if I Need Storage or Don't Yet Have a Delivery Address in Canada?

This is not a problem as all we will require is a contact address and contact details. The delivery address can be advised at a later date or when you arrive.

If required, we can also arrange storage of your household goods and personal effects in Canada whilst you arrange your new home. Once you’re ready our local movers will be able to deliver your belongings.

Removals to the UK from Canada

Removals to the UK from Canada

No matter whether you’re a British Expat returning home or an Canadan migrating to the UK, we will be able to assist you with your move. Our partners and professional packing teams will take care of your move in Canada and we can handle customs and deliver of your belongings to anywhere in the UK or Ireland.